The Phantom Knights are an American style marching Show Corps originally formed and based in Nuneaton. Over the last few years they have now become based in Atherstone following a lot of support from the local community and schools.  Officially launched in October 1996, the Phantom Knights’ membership lives mainly in the Atherstone and surrounding areas. But such is the Corps’ popularity that members and instructors over the years have travelled from as far as London, Bedford and Colchester.

The Corps is made up of a marching brass line, marching percussion, static percussion and the Colour Guard. Each section is supported by our experienced instructors, who themselves have marched with several UK Show Corps.


The main activity of the Corps is to enter marching band competitions. The Corps performs a variety of music from popular theatre shows and films through to classical orchestral pieces. Adapted for brass and percussion instruments, these pieces are then choreographed to put the music in motion. Many hours are spent rehearsing complicated moves, to perfect the show.

The end result will be a unique display of music, movement and colour.

Can you take the challenge?

Benefits that can last a lifetime

We believe that membership of the Corps will benefit you in a number of important areas of your personal development including: personal discipline (to get out of bed and march a show), musicianship, being a team member and taking part in an activity that has contacts throughout the world.

Don’t worry if you can’t play an instrument – we’ll teach you! We are also looking for Colour Guard members so if you like dancing please come along.

New members are welcome to come along to any rehearsal. They are held on Sundays (10 – 1) and on Tuesday Evenings in the Summer months

The Phantom Knights running costs are in excess of £25,000 per year. The majority is raised by subs paid by the members and fund raising events held throughout the year.

This year we are trying to raise extra money to spray and fit shelving in our recently acquired replacement truck. We will require a minimum of £1500.

Our sponsorship scheme is, quite simply, to have your company name displayed on the side of our truck in a space 80 x 15cm for as little as £100.

Companies will gain from widespread national publicity as the Corps travels to competitions.

We can also add your company name and logo to the links section of our Website (an average of 900 hits per month).

There will also be the prestige involved in associating your company name with a respected youth organisation pursuing the training and development of young people.

Giving the kids the chance to have a purpose. 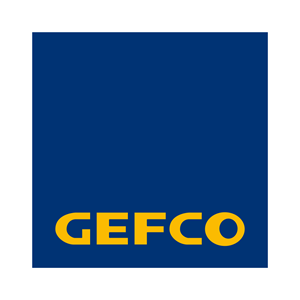 GEFCO UK, part of the biggest private integrated network in Europe, offers comprehensive transport and logistics solutions to companies in a wide range of different sectors. We are proud to be supporting this worthy cause.

For more information please contact the Corps Director, Carl Harris on 07970 886828 or email him at carl.harris@phantom-knights.org.uk